We have a proven track record of bringing drugs from research through clinical development all the way to the market.

Invasive fungal diseases are an increasing global health issue due to the growing number of immunosuppressed patients who are at a higher risk of these infections. Isavuconazole was developed in response to this urgent medical need. Worldwide, more than 1.5 million deaths each year are attributed to invasive fungal infections.

Invasive mold infections are mainly caused by airborne Aspergillus species, however, Mucormycetes, found for example in soil or rotting wood, have emerged as the second most frequent group of molds causing invasive infections. Over 50% of patients with mucormycosis die from this infection, so its mortality rate is particularly high. Today there are only limited available treatment options for invasive mold infections.

Due to the high morbidity and mortality associated with infections caused by multidrug-resistant bacteria, the discovery of innovative agents with potent activity against these pathogens is top priority of our anti-infectives research team. Our quest is to find therapies with new mechanisms of action, and we will only pursue truly innovative projects that have the potential to make a difference to patients’ lives.

One important bacterial pathogen is methicillin-resistant Staphylococcus aureus (MRSA). Patients with MRSA infections are more than twice as likely to die from this infection as patients with the methicillin-susceptible form of the infection, MSSA. MRSA rates in the U.S. have been reported in the range of 50%. In comparison, a median MRSA rate of 17% has been reported for Europe (EU/EEA) in 2017, with significantly higher MRSA rates of up to about 45% in Southern European countries.

Acute bacterial skin and skin structure infections (ABSSSI) are among the most common bacterial infections encountered in both community and hospital settings. Skin infections caused by resistant bacteria such as MRSA have become a challenging medical problem associated with extended hospitalization, high costs and increased mortality.

Staphylococcus aureus bacteremia (SAB) is associated with significant morbidity and reported mortality rates of about 20%. It can result in infective endocarditis, an inflammation of the heart, which is associated with poor patient outcomes. Only few antibiotics that cover both MSSA and MRSA are approved for the treatment of SAB. Hence, there is an urgent need for new effective antibiotics in this indication.

Our products and pipeline

Anti-infectives, specifically antifungals and antibiotics, is the key focus of Basilea’s strategy. We have successfully brought two anti-infective drugs to the market: the antifungal Cresemba (isavuconazole) and the antibiotic Zevtera (ceftobiprole).

Oncology was the second area of Basilea’s research and development activities. In February 2022, Basilea announced to focus on anti-infectives and separate its activities in oncology through transactions with partners specialized in oncology.

Isavuconazole, marketed under its trade name Cresemba, is an intravenous and oral antifungal drug for the treatment of the two most frequent invasive mold infections: invasive aspergillosis and mucormycosis.

Basilea has established license and distribution agreements for isavuconazole covering 115 countries. The partners include Astellas Pharma Inc. for the U.S. and Pfizer for most of Europe (excluding the Nordic countries, where Unimedic is our distribution partner), Russia, Turkey, Israel, China and further countries in Asia Pacific. Moreover, we have strong regional partners for Latin America (Grupo Biotoscana), Japan (Asahi Kasei Pharma), the MENA region, i.e. Middle East and North Africa, (Hikma) and Canada (Avir).

After successful completion of a phase 3 study, our partner Asahi Kasei Pharma has filed a New Drug Application (NDA) end-September 2021 for the marketing authorization of isavuconazole in Japan for the treatment of the fungal infections aspergillosis, mucormycosis and cryptococcosis.

Basilea participates in the commercial success of Cresemba sales through royalties, regulatory and sales milestone payments by Basilea’s commercialization partners, and by selling Cresemba to the distribution partners at a transfer price. 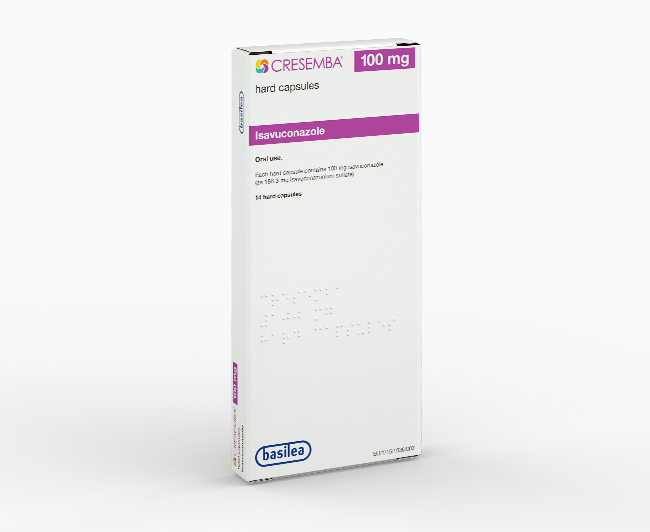 Ceftobiprole, marketed in most countries under the trade name Zevtera, is an intravenous antibiotic currently approved for the treatment of pneumonia, especially the pneumonia acquired in hospitals.

We have established license and distribution agreements for ceftobiprole with several partners covering more than 80 countries. This includes Advanz for Europe (excluding the Nordic countries, where Unimedic is our distribution partner), as well as strong regional partners for Latin America (Knight Therapeutics), the MENA region (Hikma), China (CR Gosun), Canada (Avir) and Eurasian countries (JSC Lancet). Ceftobiprole is not approved in the United States.

As with Cresemba, we participate in the commercialization of Zevtera through royalties, regulatory and sales milestone payments, and by selling the drug to our distributors.

In view of a potential future approval in the U.S., we have conducted two clinical phase 3 studies: one in bacterial skin infections (TARGET study) and the other one in bloodstream infections caused by Staphylococcus aureus bacteria (ERDICATE study). In August 2019, we reported positive topline results for the TARGET study and in June 2022, we also reported positive topline results for ERADICATE. Basilea is planning to submit a New Drug Application (NDA) for ceftobiprole to the U.S. Food and Drug Administration (FDA) around year-end 2022.The ceftobiprole project is funded in part with federal funds from the U.S. Department of Health and Human Services; Office of the Assistant Secretary for Preparedness and Response; Biomedical Advanced Research and Development Authority (BARDA), under Contract No. HHSO100201600002C. In total, BARDA could provide up to USD ~134 million, which is about 70% of the total expected development cost. 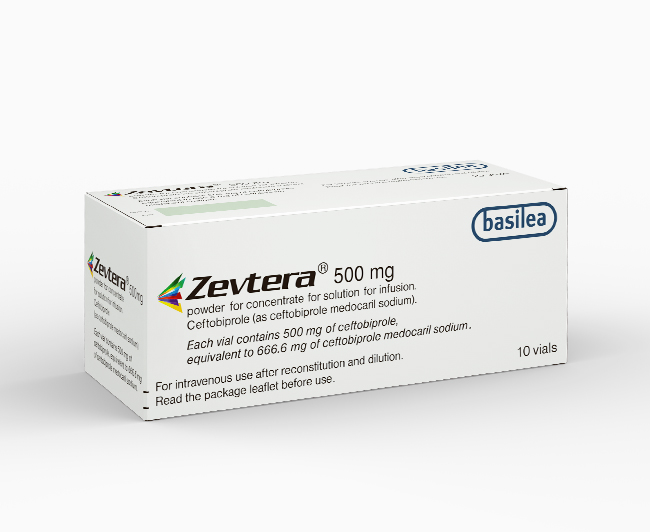